Managed to get Linux dual booting on an old but high spec’ed MacBook Pro using rEFInd. This was the second time I had Linux on the same machine and i’m still puzzled why the laptop runs cool to touch in macOS but quite warm in Linux.

I had disabled the discrete AMD Radeon GPU which caused display problems in macOS, via nvram.

I’ve also reloaded AMDRadeonX3000.kext on login via the following:

But this was not the same for Linux…

I decided something needs to be done to bring up the internal fan speed – looking around found tlp.

tlp stands for TLP (duh!) and can be found in many distribution’s repositories. I used this to change the radeon power profile and dpm states by changing the states from default to low.

Followed by restarting tlp with

After some googling, I loaded macfanctld.

Right off the bat, sensors started to show the correct fan speed. By pushing additional load (multiple Youtube and Vimeo channels) on the laptop, I can hear the fans working harder and sensors is showing higher internal fan speed.

But this still hadn’t brought the temperature of the MacBook Pro to macOS level of temperature. I’ll continue to update this once i find out why and how.

I am running 10.14.3 on an unsupported Apple hardware. macOS 10.14.4 update showed up on the App Store Updates for quite a while now. I had the opportunity to update to 10.14.4 rather early this morning before skipping out for training. Popped by the mac couple times and before realising the mac hung after a reboot.

I relied on dosdude1’s Mojave Patcher as this mac hardware was no longer supported by Apple. I somehow skipped checking his page for the latest news on 10.14.4, and this turned around and hit me squarely in the face.

Drats! Training called and I had to leave. I was mulling over this problem and googling to no help – It is very no one tried updating to 10.14.4 WITHOUT dosdude1’s 1.30 patch.

Just not long ago, I bit the bullet and applied the 1.30 patch over the currently non-functioning partition. After 32 minutes and applying the dosdude1’s Post Install drivers, the mac booted up. [Hooray!]

I had couple VMs in Parallel lying around on the old storage. Some of these still have a valid Microsoft Windows and Office licences which would mean throwing away good money if I’ve just dumped them.

I managed to figure out how to move these VMs to VMware Workstation on Linux. Here are the requirements and the steps.

Things to note after the conversion
1. The extraction will transmigrate the underlying OS innards to VMware’s. This will trigger reactivation for Microsoft Windows and also Office. Interestingly all I need was to click the reactivation notices (1 for Windows and 1 for Office) and all was done!

Requirements
1. Able to boot into the Parallels VM (It should be running Windows)
2. Make sure the host storage space is at double the size of the Parallels VM you want to convert.
3. Download VMware Converter from VMware (The current version is 6.2)

Steps
1. Boot into your Parallels VM
2. Make a shared folder to the host operating system from Parallels. You will save the new VMware image here.
3. Install VMware Converter
4. Then run VMware Converter as an administrator 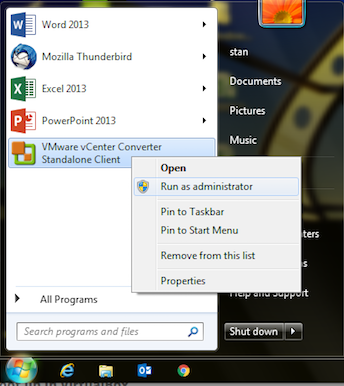 5. This screen will be shown. Select Convert Machine 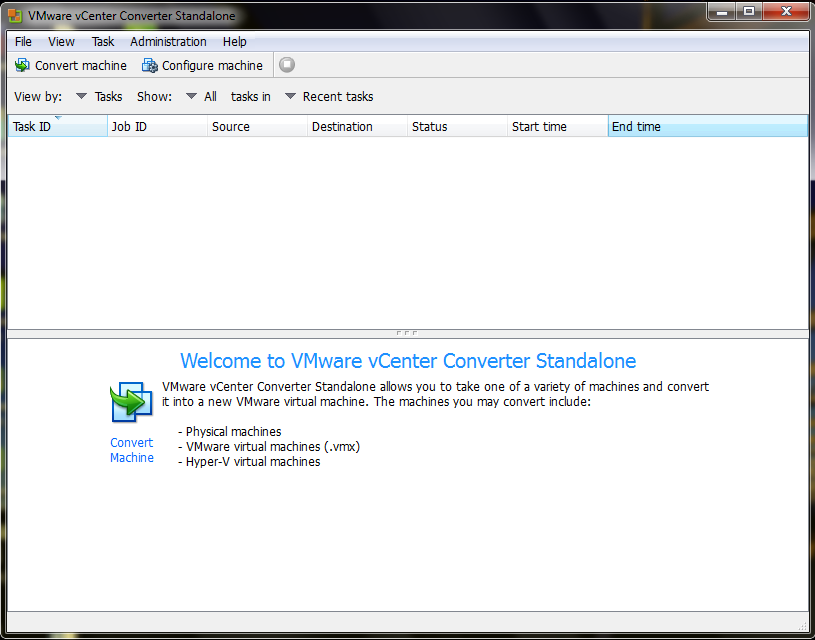 6. Next select “This local machine”. The source type should say “Powered on” since this Parallels instance is powered on. 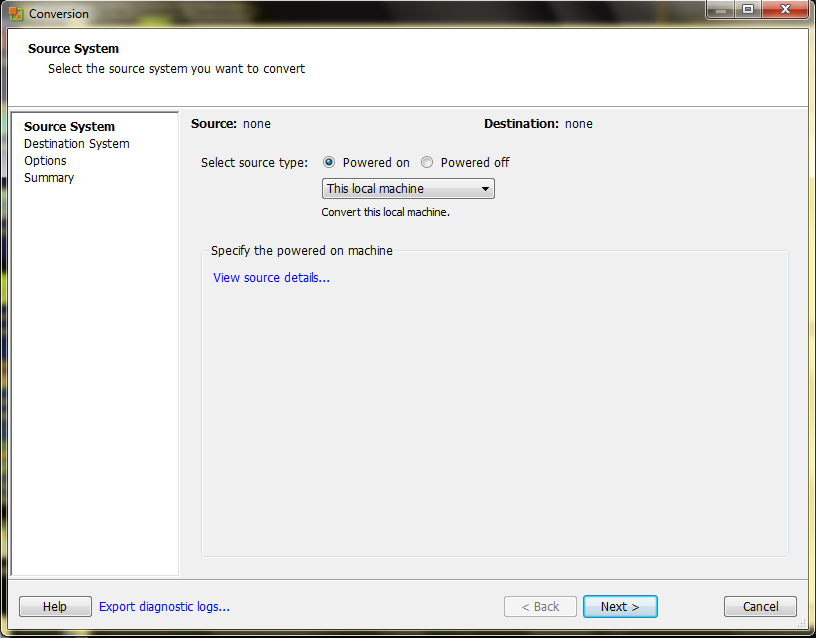 7. The screen below will pop up. The options look alright. Make sure there is a location where you can save the converted virtual machine to, at the last selection.

Note if C:\ drive is selected, it means the virtual machine will be saved back to the same Parallels instance – this is not what we want.

VMware Converter will chug along, depending on the speed of medium which the virtual machine will be saved to. It took less than 60 mins with a SSD.

Wiped and reinstalled OS X on the MBP, thus lost the shortcut to invoke Sublime Text on command line.

Thought I should document this so I won’t have to go through Sublime Text directories in Applications.

Open up Terminal and run the following (assuming 1. Sublime Text is installed 2. /usr/local/bin is in your PATH)

Step 1: Go to Terminal; Check whether /usr/local/bin in in your PATH

Terminal should return the following

/usr/local/bin is located at the end of the string. You’re set!

Step 2: Run the following on Terminal

Step 3: Test the setup by running the following:

This will kick in Sublime on the current directory.

Recently, El Capitan and Sierra had stopped recognizing a WD Passport Ultra external USB portable hard drive that I have.

I had some really important data held inside which made me quite anxious about it. After scouring the intertubes [here], I had an assumption that a major surgery needs to take place before I can extract the data ever again.

I had even chucked the WD Passport Ultra into the freezer (freezing trick) that had worked before, all to no avail. Furthermore, the video above was quite telling about the recovery requirements, with the need for a PCB of the same version etc. Thus I had almost given up on the WD Passport Ultra.

Right before I decided to open up the hard drive, I had a job that required to forensically image a client’s data. A spark went off and I tried using a linux based recovery tool to read the portable hard drive.

Q: Why did a Iinux-based recovery tool managed to read the drive while full featured OS X couldn’t?
A: I suspect OS X will assume the hard drive as dead if it does not respond in an acceptable time.

Q: Why did the portable hard drive work previously?
A: Beats me. But since I was able to extract the data, I’ll leave it to the WD Quality Assurance division to give an answer.